Figure 1: Spartina seedling survival in response to salinity (15 ppt versus 28 ppt) and drainage (poor vs. well drained) and inundation period (3 hours per tide vs. 6 hours per tide) (Boersema et al. 2016).

A mesocosm study has been carried out to quantify the effect of sediment-type (Perkpolder sediment vs. sediment collected at two locations in Rammegors) and drainage on seedling survival. The results show that poor drainage reduce the seedling survival at Perkpolder (figure 1). The detailed results are available in a student report from Annick van der Laan (University Utrecht). 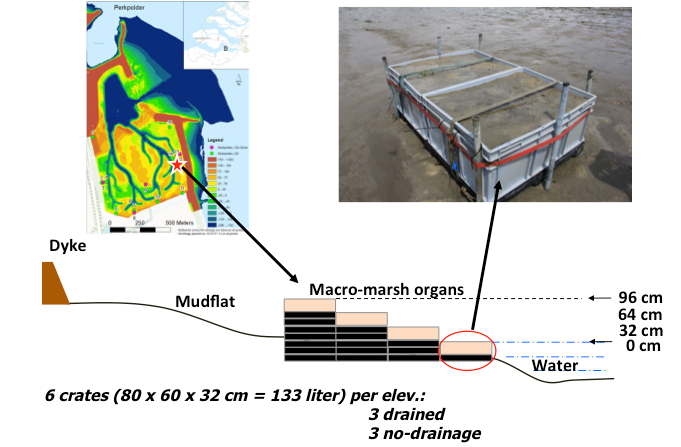 Mega-marsh organs were placed at Perkpolder for carrying out controlled field experiments (figure 2). Because of a delay the first seedlings could only be planted in august, which is a bit late in the season. Nevertheless the late start, the experiment does provides good insights in the seedling survival of different species along the elevational gradient and in response to soil drainage.

The survival in the first week shows us that:

These results are however highly preliminary, and have not yet been statistically tested, and only represent the survival after one week. So no firm conclusions should be drawn, other than that the mega-marsh organ experiment is up and running. 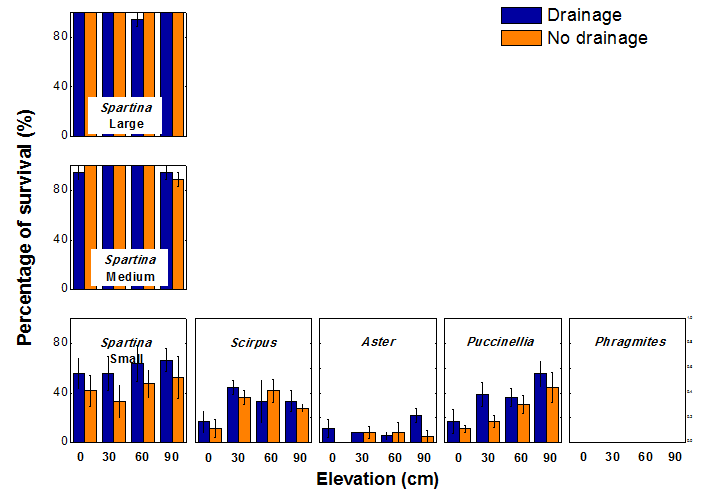