The measured average discharge of the seepage system was over the period October – December 2015 410 m3/day and the average salinity was 35 mS/cm (compare seawater with a salinity of 35 ‰ and temperature of 150C has a conductivity of 42 mS/cm).

As expected, the EM-SlimFlex measurements in December 2015 didn’t show any changes in fresh-saline interface due to the development of the new tidal area (figure 2). Changes of salinity are induced by transport processes which are far more slowly than changes in hydraulic head caused by pressure transfer. 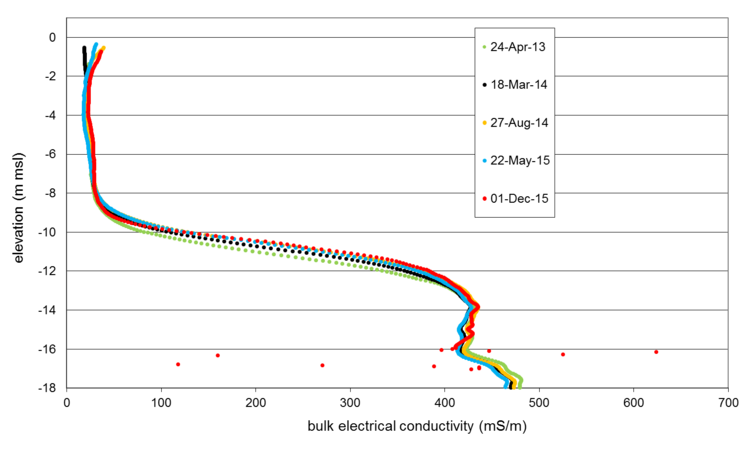