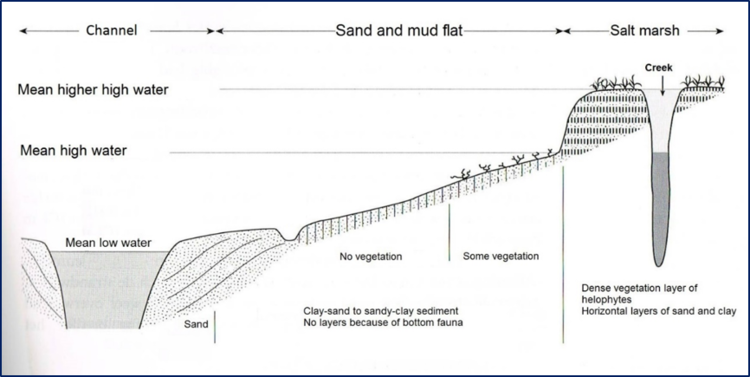 Figure 1 shows a typical composition of an intertidal area. The channels are defined below MLW (mean low water), the sand and mud flats or tidal flats are located between MLW and MHW (mean high water). The salt marshes are defined above MHW. The word ‘creek’ is not only used for tidal streams in the salt marsh, but also in the tidal flat.

Comparison with other basins 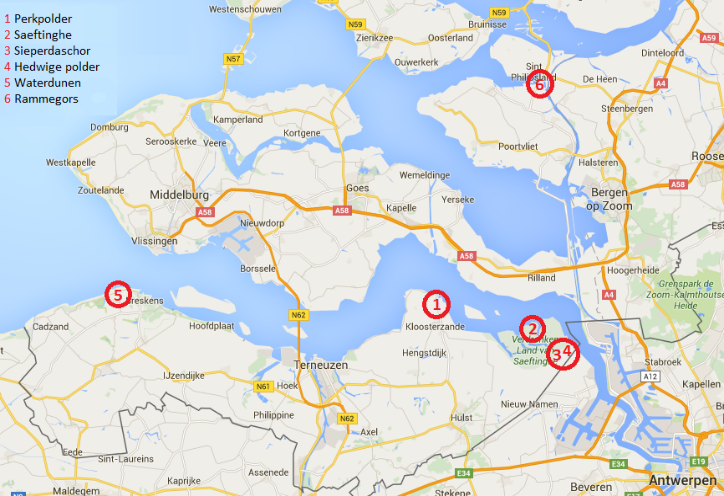 Figure 2: An overview of some tidal basins in the delta of Zeeland that can be compared with Perkpolder (Boersema et al. 2016).

Figure 2 shows five tidal basins in the vicinity of Perkpolder, with some of them not yet open (Hertogin Hedwigepolder and Waterdunen). The basins vary in size and tidal range (Table 1). The calculated percentages of channels, tidal flats and salt marches are based on the definition that was mentioned earlier, and presented in Figure 1. Since this definition is only based on height levels, the bed levels of tidal creeks are added to the area of tidal flats, so tidal creeks are not recognized as separate morphological features.

Hypsometric curves have been used to calculate the percentage of channels, tidal flats and salt marches (Boersema et al. 2016 page 14). The high percentage of salt marches is seen in Saeftinghe (52%), Waterdune (63%) and Sieperdaschor (67.5%), which is an indication of a mature tidal basin. High coverage of tidal flats is an indication of relatively young basins, for example Perkpolder (88%) and Hedwigepolder (99%). The tidal range in Rammegors and Waterdune is much smaller because of a human-induced tempered tide. If Saeftinghe and Sieperdaschor are regarded as reference basins for Perkpolder, but at a later stage of the succession (from young to mature), it is clear from that Perkpolder tidal basin will undergo mature morphological changes if sediment import will not be a limiting factor.