Monitoring the development of the low dynamic intertidal area at Perkpolder 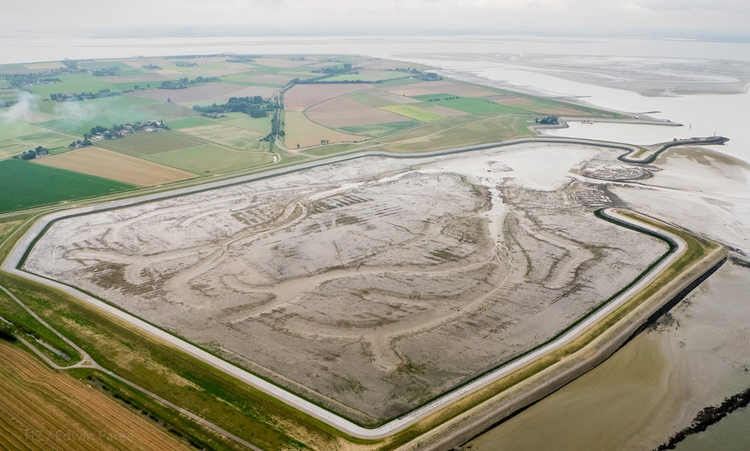 Since June 25th 2015 the Perkpolder tidal basin is flooded twice a day by sea water from the Western Scheldt. The inflow of water has a direct impact on the erosion and sedimentation processes, which give rise to morphological changes. With the inflow of water benthic macro fauna will start colonizing the area and provide the food for birds. At some point in time the vegetation will change and will settle and increase the stability of the deposited sediment. In a three-year project (2016 to 2019) the Centre of Expertise Delta Technology (CoE-DT) has monitored the development of the area. The partners of CoE-DT in this project were: Rijkswaterstaat Sea and Delta, Deltares, Wageningen Marine Research, NIOZ Royal Netherlands Institute for Sea Research and HZ University of Applied Sciences. The research focused on the morphological and ecological developments and the groundwater changes in the Perkpolder tidal basin. In addition to developments inside the tidal basin, the effects of saline groundwater on the surrounding agricultural areas were investigated. To reduce the impact of saline water a unique seepage discharge system was constructed around the Perkpolder tidal basin at the landward side of the dyke. Deltares is investigating these effects and the functionality of the seepage discharge system. The monitoring and research plan of the seepage discharge system is described in De Louw (2014); the monitoring and research in the Perkpolder tidal basin is described in Boersema et al. (2015). The data and the methods that have been used for the evaluation of the monitoring program are all described in the Perkpolder progress report (Boersema et al. 2016). The overall results are listed in final report (Van de Lageweg et al. 2019).

Rijkswaterstaat bears the responsibility to realize a new tidal environment at Perkpolder (NCW-eindrapportage, 2008). The goal is to create 75 hectares of low-dynamic tidal nature due to the fact that the habitat has disappeared in the Western Scheldt over the last century as caused by human interference in the Scheldt estuary. In addition, this project provides a unique opportunity to monitor and study the biotic and abiotic changes in an area, that transforms from a freshwater agricultural area into a tidal salt-water natural area. This transition hasn’t been studied much, thus knowledge is very valuable in respect to future tidal restoration projects.

The main findings of the monitoring project are (Van de Lageweg et al. 2019): 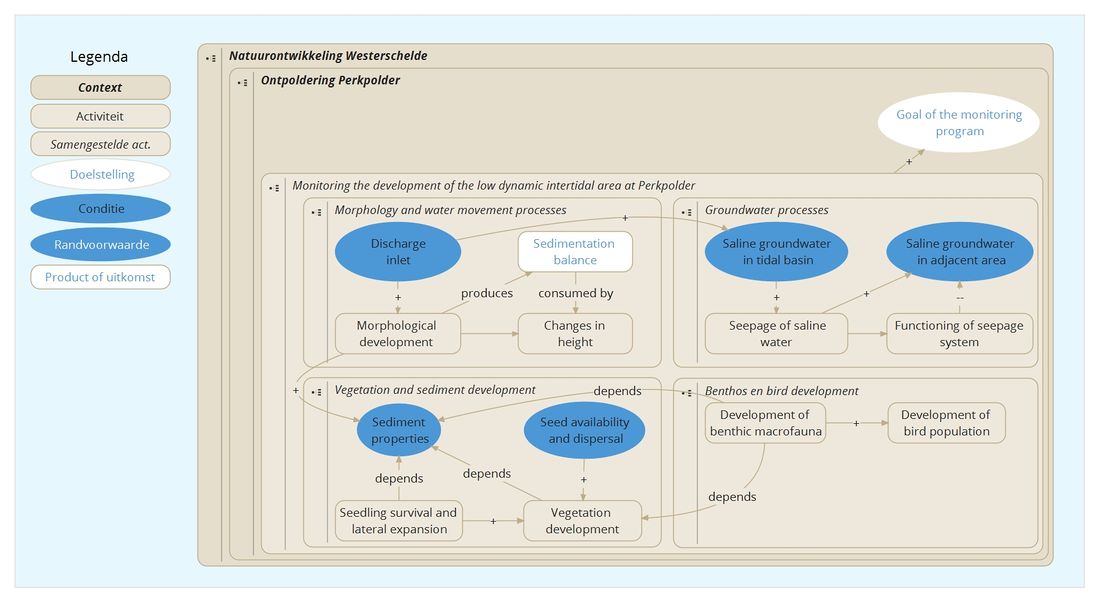