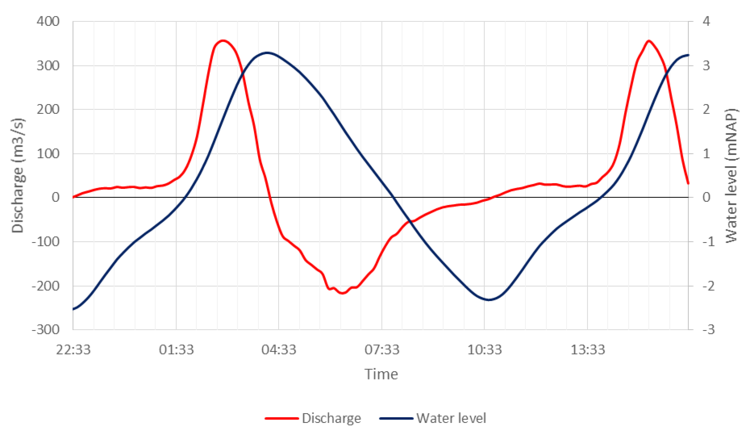 The normal velocities and discharges at the inlet are flood-dominant, i.e. the peak flood values are larger than the peak ebb values. This is mainly related to the fact that the peak flood velocities occur at a higher water level (and water depth) than the peak ebb velocities (figure 1). At Walsoorden, Mean High Water (MHW) is +2.6 m NAP, and Mean Low Water (MLW) is -2.1 m NAP in 2015. For the T0 situation (figure), the tidal storage based on MHW and MLW is 1.6 million m3 . This corresponds well with the tidal prism based on estimated discharges from the velocity, water level and bed level data, which results in an average volume of 1.7 million m3 (November 2015).