Birds were counted in March 2016. The following species were observed: 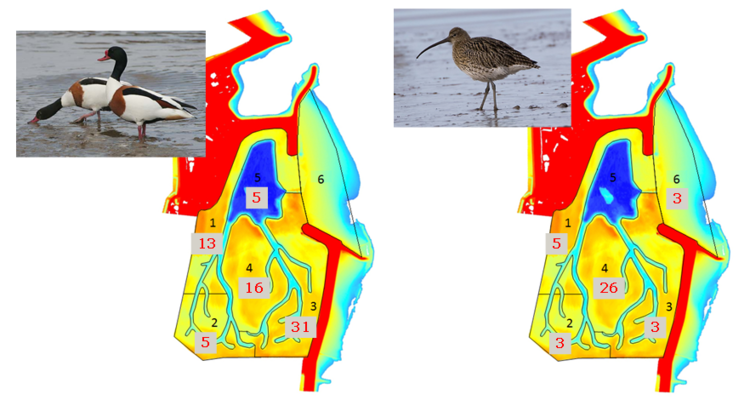 As with the colonization of the benthic macrofauna into the Perkpolder area, also estuarine birds returned. Waders like Eurasian curlew and oystercatcher, and the common shellduck are foraging during low tide in the intertidal zone, while the creeks are used by ducks such as mallard and wigeon. Little egrets look for small fish and crustaceans in the creeks.