In total, 20 taxa were determined in the 16 samples, 10 taxa belonging to the Annelida, 5 to Arthropoda and, 4 to Mollusca, and 1 to Nemertea. On average, 10,1 ± 0,8 taxa per station were observed. The most common species was the mud shrimp Corophium volutator, observed in all 16 stations (Table 6). Other common species included the polychaetes Polydora cornuta and Pygospio elegans, the bivalve Macoma balthica and Nemertea and Oligochaeta. The total average density was 14990 ± 2890 ind.m-2, with Corophium volutator (13083 ± 2113 ind.m-2) by far the most dominant species in terms of density (see table 1). 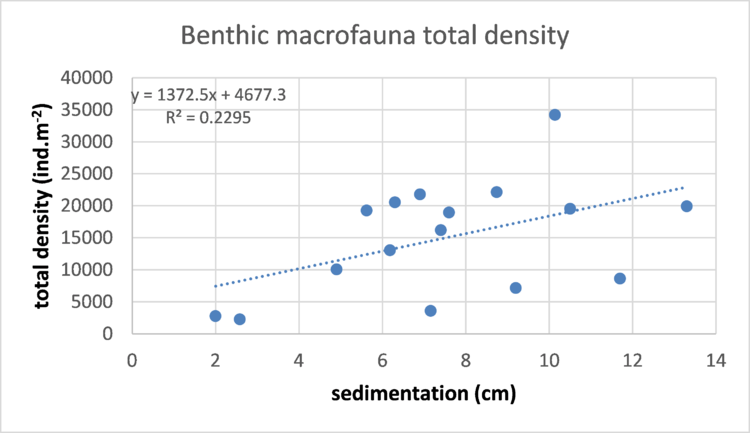 Figure 1: Relation between the sedimentation and the total density of the benthic macrofauna observed at each station (Boersema et al. 2016).

A relation was observed between the amount of sedimentation and the total density of the benthic macrofauna, with higher densities observed at higher sedimentation rates (figure 1).

A fast recovery of the benthic macrofauna was observed in Perkpolder. Already five to six months after breaching the dike, twenty benthic taxa were observed in the area, based on a sampling of 16 stations. Also the densities reach high values, especially for the mud shrimp Corophium volutator, a common species for this part of the Western Scheldt This fast recovery is most likely due to the fast sedimentation of fine sediments into the Perkpolder area, forming a fresh new layer of estuarine sediment in which the benthic macrofauna can settle.