On November 12 2015 an experimental set-up was established at De Val near Zierikzee on the Eastern Scheldt dike. Mastic asphalt was placed in the intertidal zone and was covered with different materials. The materials were shells of oysters and cockles and small and large lava stones. An overview of the set-up is shown in figure 1.

Figure 1: Experimental set-up of mastic asphalt covered with shells and stones to investigate growth and settlement of flora and fauna.

Figures 2, 3 and 4 give an impression of some of the activities to realize the experimental set-up at De Val. 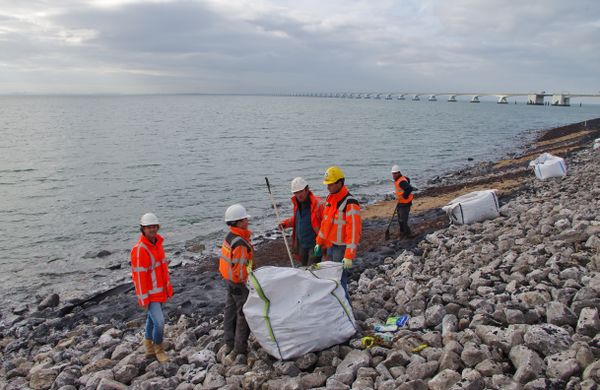 Figure 2: The Eastern Scheldt dike at De Val with the strips of asphalt, the big bags that contained the shells and stones and in the background the Zeelandbrug that crosses the Eastern Scheldt (photo: Tjark van Heuvel). 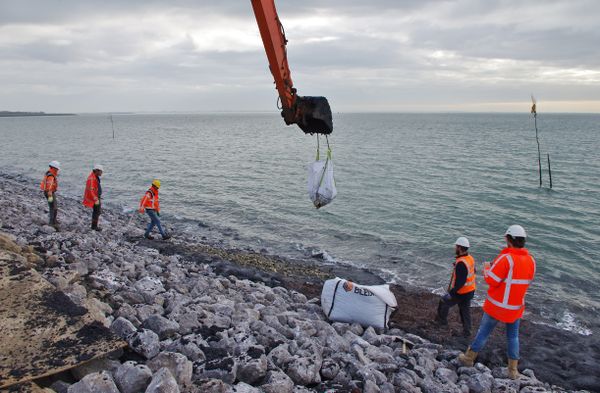 In december of 2015, 30 tiles were placed of which 20 with asphalt and an eco-topping such as lava stone, cockles or oysters (figure 4 and 5). Five tiles contained the innovative material Elastocoast, which consists of rocks that are glued together with Elastocoast glue. 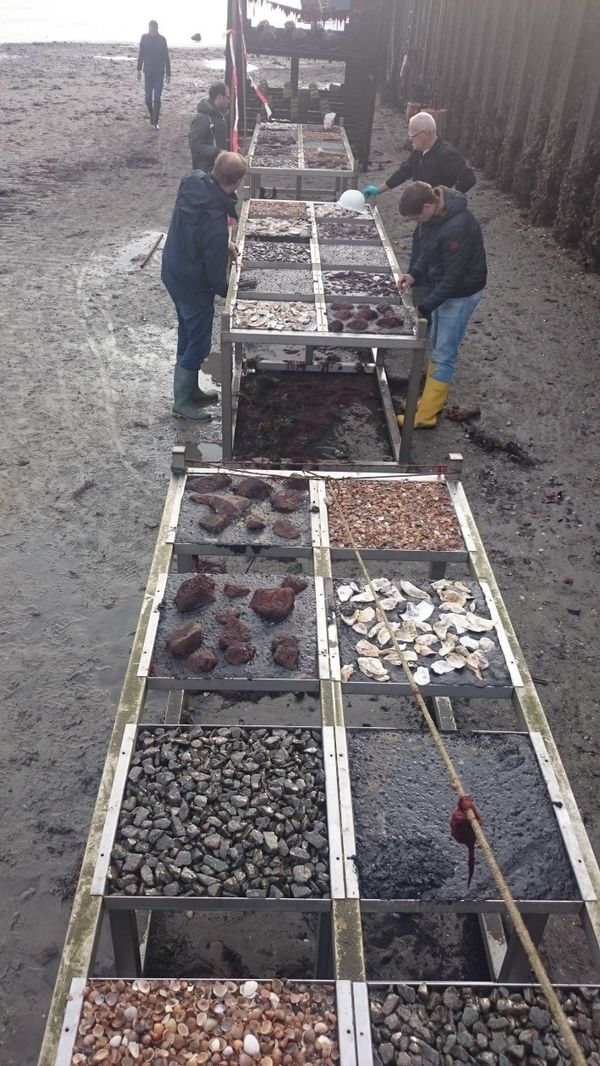 Figure 4: Construction of the tiles at Yerseke in December 2015 (photo: Sophie Vergouwen). 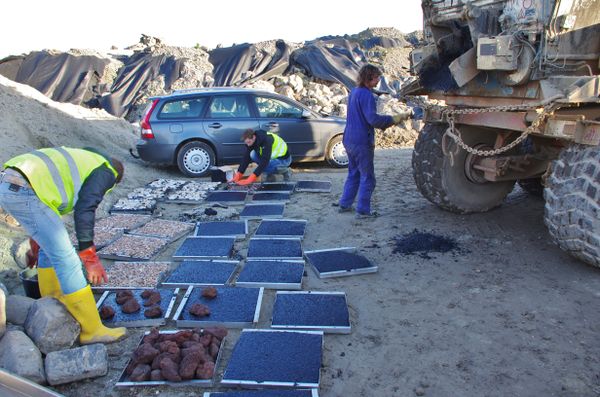